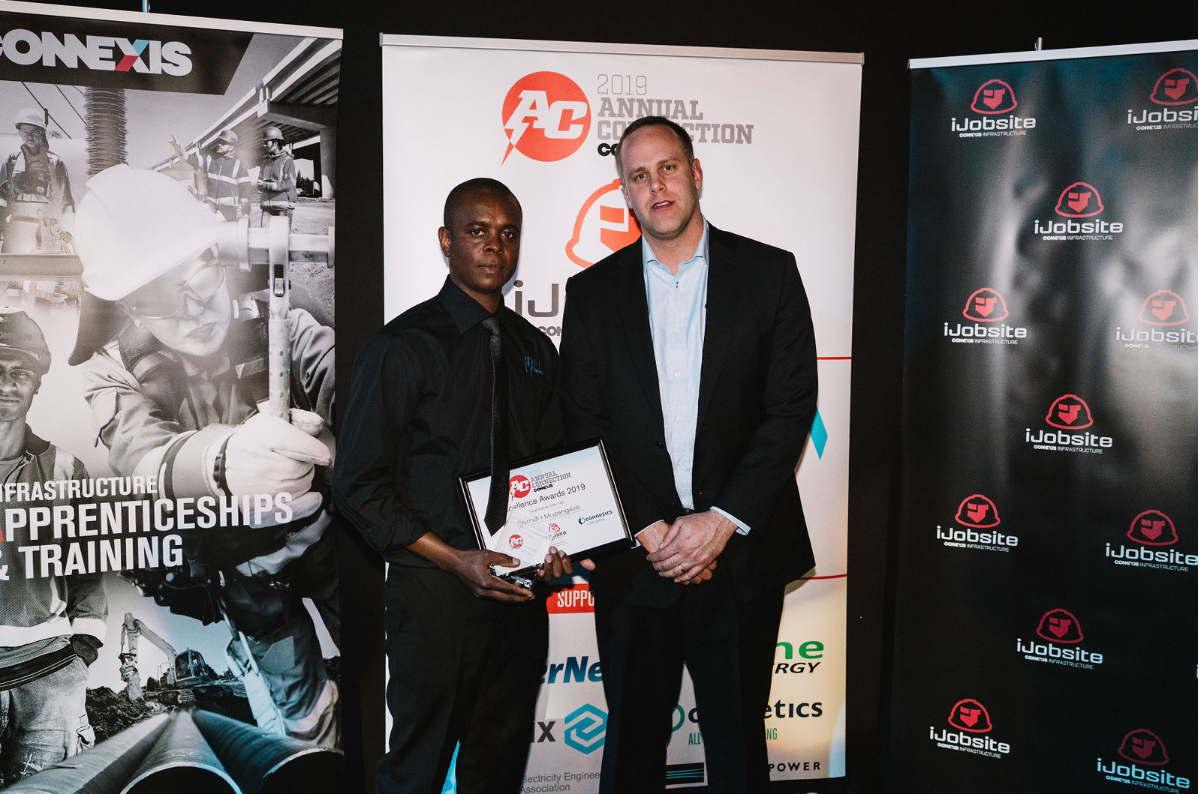 WEL Networks’ award-winning Electrical Fitter Bernard Muzengeza is “thrilled and humbled” after being named Trainee of the Year for New Zealand’s Energy and Telecommunications industries for 2019.

The awards were announced as part of Annual Connection, a three-day event that showcases New Zealand’s energy sector. This year, 12 line mechanic teams and 9 cable jointers competed in a series of events that replicated the work they do out in the field to ensure New Zealand’s power is kept flowing.

“It was humbling. I didn’t expect it . . . it was a great achievement to be recognised. I was thrilled and excited. It was humbling. I’m really proud of myself and my team. As much as you are the one taking the front and accepting the award . . . it’s just as much a reflection on the team. They have supported me the entire way.

“When your hard work is recognised you’re given this renewed energy to keep going. It gives you that drive to perform and do well. It makes the hard work worth it,” he says.

The Excellence Awards celebrate the best and brightest trainees working in the Electricity Supply and Telecommunications industries. They also recognise those who have made a significant contribution to the industry through their enthusiasm and commitment to industry training.

Connect with us to stay up to date on new openings.